Calls for VAR after Kiwis close loss to Rest of World 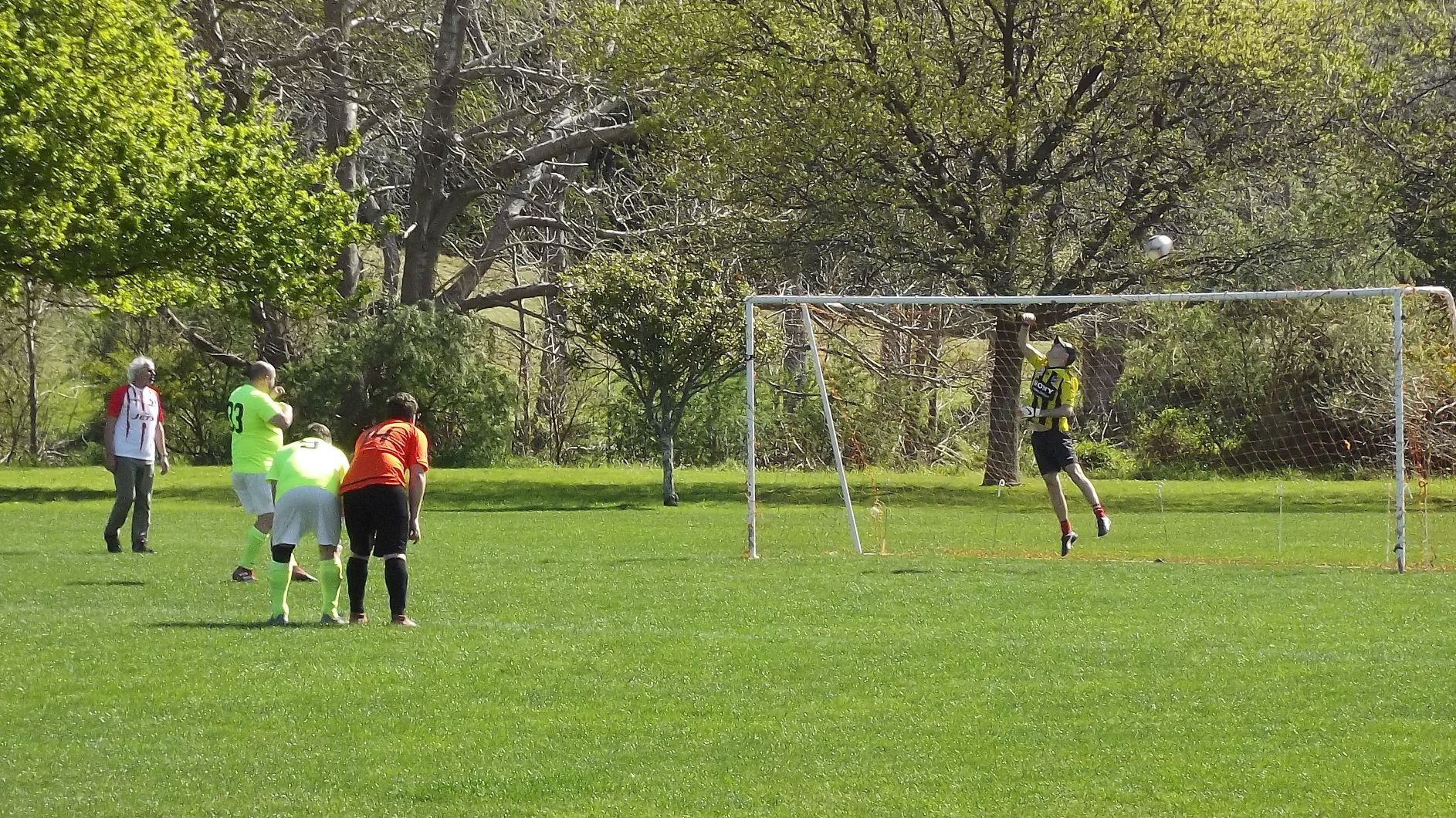 There have been calls for the VAR to be instituted in Horowhenua-Kapiti after a brave Waikanae ‘Kiwis’ team were desperately unlucky to go down by a goal, 5-6 to Waikanae’s ‘Rest of the World’ team, wearing the Chernobyl FC strip, on a stunning spring day at Jim Cooke.

In front of a sell out crowd of at least 20, the Kiwis leapt out to a 2-0 lead with goals to Pete Blank and Simon Lindsay by playing some fine football led by Amon Hosegood and Simon Lindsay.  Chris Story was outstanding in goal but could do nothing with the two lucky goals to Adam Price and Henry Collette that the rest of the World was able to create to draw the game level at half time. 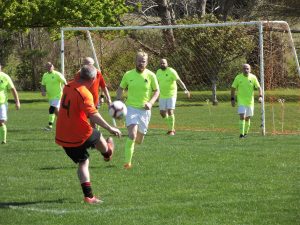 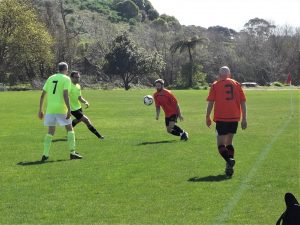 The Kiwis seized the initiative in the second half to take a 3-2 lead but a golden run by the Rest of the World saw them score three unanswered goals to take a 5-3 lead.  The best of these goals was undoubtedly a stunning header from Rich Evans from a pinpoint corner.  Watching on Sparkplug Sport in the UK, All Whites striker Chris Wood decided if it was good enough for Rich, the least he could do was a poor imitation for Burnley against Norwich later in the evening.

The Rest of the World were lucky to receive a couple of contentious penalties with club President Charlie Struman’s effort brilliantly saved by the tele-kinetic powers of Chris Story as he willed it over the crossbar.  In an unrelated story an Air Chathams flight had to abort its landing at Paraparaumu airport due to an unidentified low flying object around the same time. 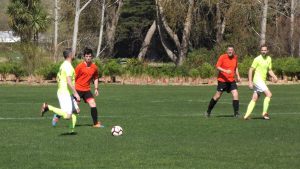 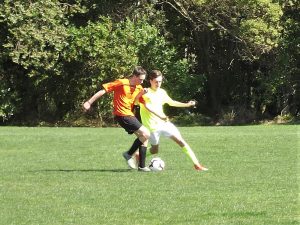 The ‘never say die’ attitude of the Kiwis saw them peg back the deficit to level the game up at 5-5 including a goal to club Golden Boot, Ryan Leyten and superb strike from Simon Lindsay from a short corner lay up.  However Henry made no mistake with the second penalty awarded to seal the fate of the brave Kiwis.  Rest of the World 6 (Henry Collette 2, Rich Evans 2, Adam Price, Jasper Mattila), Kiwis 5 (Pete Blank 2, Si Lindsay 2, Ryan Leyten).

Perhaps the best news was as a result of extensive forensic investigation by the CSI Waikanae team – the ‘Log o’ Wood’ trophy was discovered in the garage of a shady local identity.  The man did not want to be named but claimed the trophy had been planted there by a former Waikanae player known only as IQ.

Disclaimer: No representation is made as to the accuracy of the above events and any or all of the above may not necessarily be accurate – except for Rich’s header… 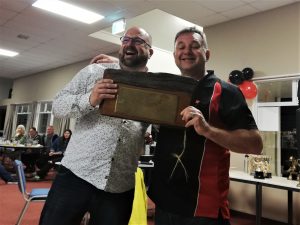