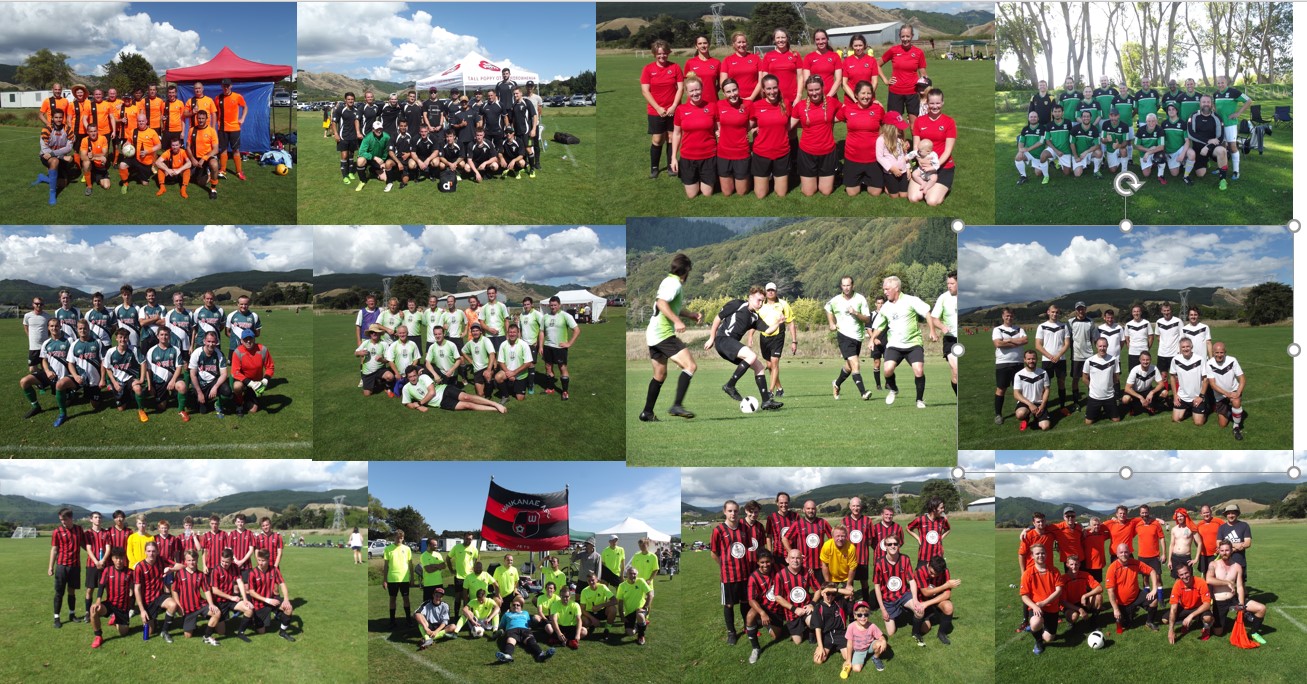 The draw for the 2020 edition of the Erin Walter Memorial Cup is out with teams from Island Bay and Onslow joining teams from all the Horowhenua-Kapiti based clubs in the annual tournament to be held 28 March.

The tournament runs a handicap based system whereby lower ranked teams receive more points per goal than the higher ranked teams.  Past winners Otaki Purutaitama and Waikanae Beach Boys will receive one point per goal whereas the most lowly ranked social sides will receive up to six points per goal.  This makes the figurative playing field as level as the real one – Otaraua Park.  Manakau FC will be looking to defend their title and keep their trophy cabinet full (although apparently it’s not a big cabinet 😉

Games will be 15 minute halves except for the final where the top team from both groups will meet in a 20 minute each way final.  Final placings from 3rd to 12th are determined by an 11 man shootout.  The first round starts at 9am sharp with the final expected to be played at 3:35pm.

As in past years there will be raffles and a barbeque will be running with food and drinks but it is CASH ONLY so don’t forget to bring some readies.

The tournament commemorates Erin Walter who was a past President and stalwart of the Waikane Club for many years before his untimely passing.  The Waikanae Club thanks all those taking part and supporting the fixture including the referees, support staff and chief organiser Dave Horton.

We look forward to seeing you there.

Draw for the group round is as follows (note draw may change prior to the day):