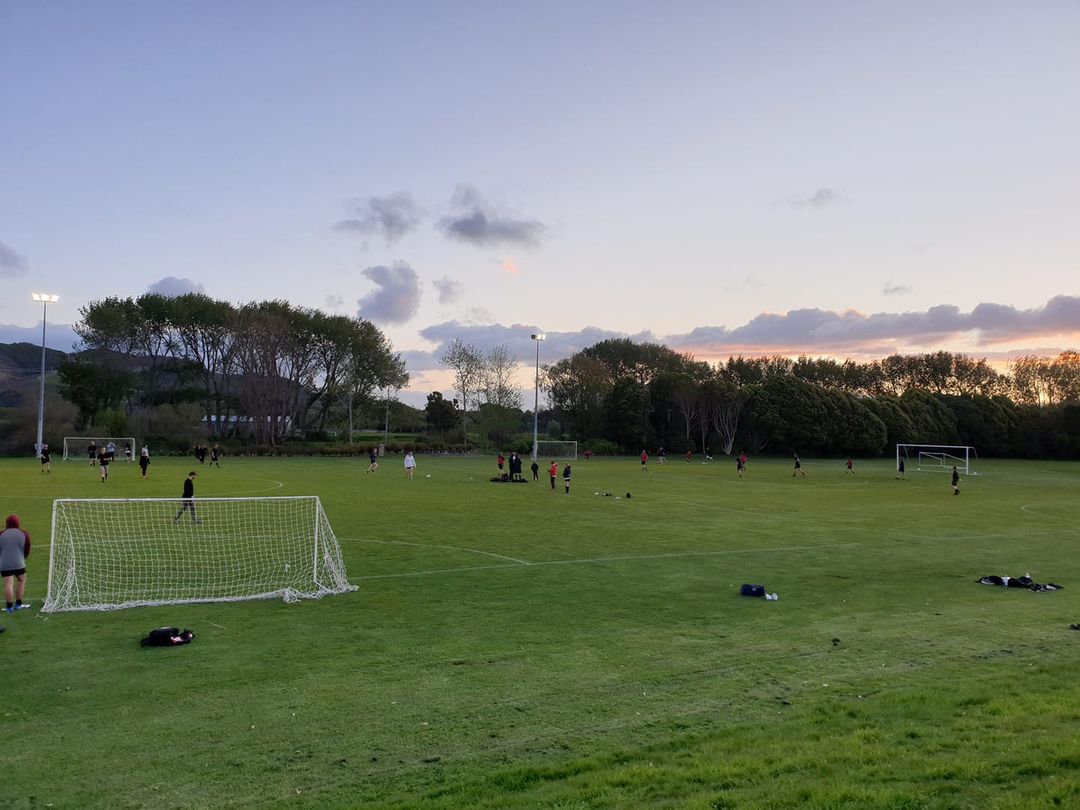 No sooner has the winter season ended than we find Summer 6-a-side has kicked off.  Held every Thursday evening at Jim Cooke Park the twilight event is a great way to keep fit, stay in touch with your mates and enjoy a relaxed kick around.  With a first round starting at 6:30pm games are 20 minute halves with a two minute break in between.  Maximum squad numbers are nine per team.

The usual suspects have been joined in the 2020-21 by new team Coasters who fought out an exciting contest with Walking Injuries before succumbing 6-7 in the closest match of the evening.  PES, Summer Saints, Velocity and Cuttriss Commandos joined Walking Injuries as first round winners but there’s a long way to go before the competition splits into Top 4/Bottom 6 on 17 December.  After that the competition takes a break until 7 January when the split league continues up to the Semi-finals and Finals on the 4th and 11th of February respectively.

Organiser Dave Horton encourages the players to “have fun, play hard but remember this is summer soccer” and that “anyone losing their sense of happiness will asked to go for a swim in the Waikanae River to cool down!”