WAFC Firsts with all to play for Cap 1 promotion 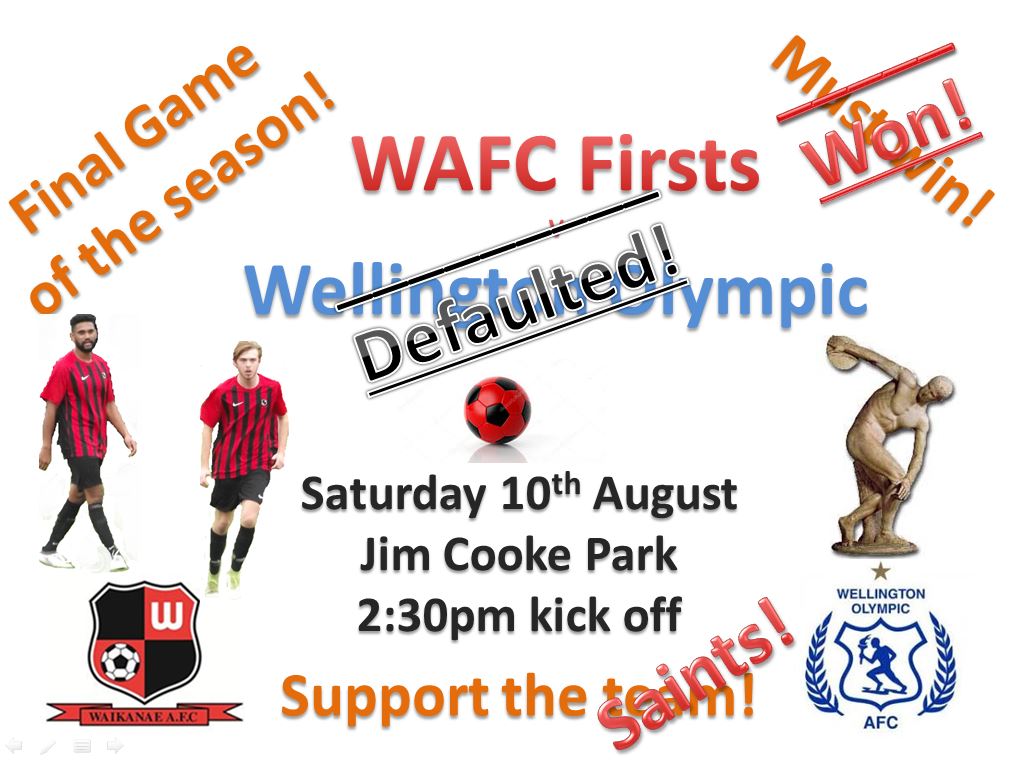 Waikanae’s First team ‘must win’ game against Olympic on Saturday (10 August) was, in the end, anti-climactic as Olympic defaulted on the eve of the match.  The result however promoted the Firsts one point ahead of Stokes Valley into second place although they will be relying on Parapine Upper Hutt defeating (or drawing) with Stokes Valley in the last round to ensure promotion to Capital 1 in 2020.

The Firsts showed what they were capable of in the penultimate round defeating competition leaders Parapine Upper Hutt 3-0 away at Maidstone Turf. Although losing only four of their 17 games, a number of mid-season draws haven’t helped their position on the table and have ensured a nail-biting finish to the season.  Coach Adam Price and assistant Ryan McGlinchey have done wonders with the team during their first season in charge and win, lose or draw on Saturday the Club can be proud of what our First team has achieved this season and the way they have conducted themselves on and off the field.