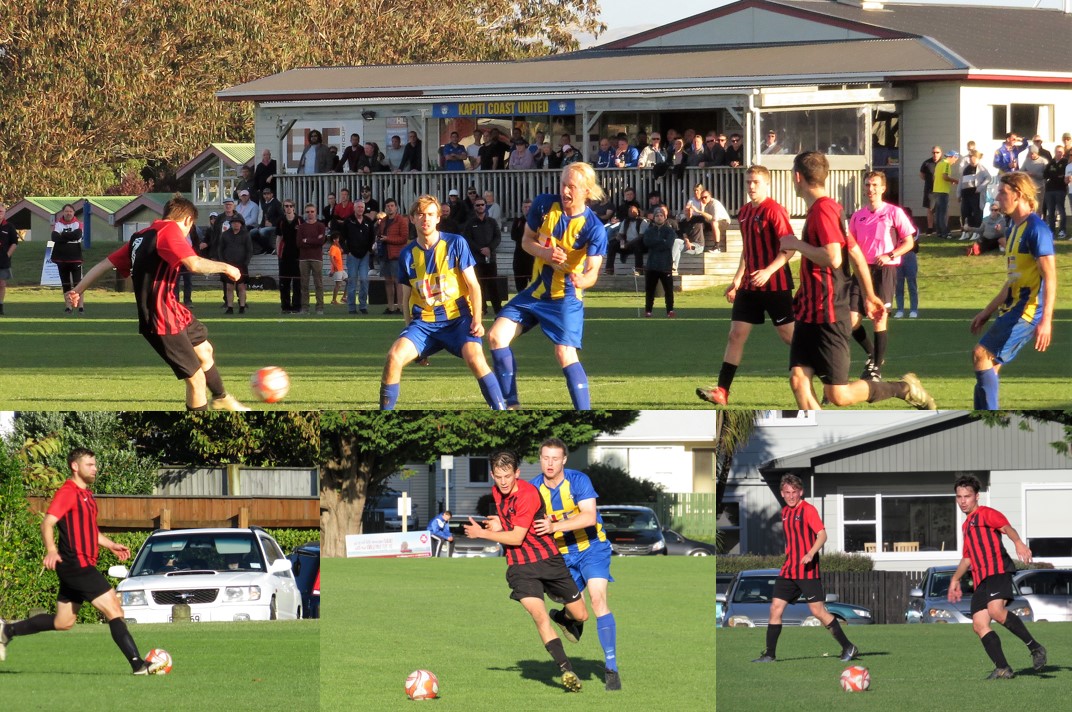 The 15 May 2021 will go down in history for Waikanae Football as the day they returned to the Chatham Cup and the first time they have met local rival club, Kapiti Coast United, in a competitive game for well over a decade.

With new Waikanae coach Scott Taylor keen to give his young team a crack at the country’s premier football competition, an entry was submitted for the Chatham Cup for the first time in nine years.  Waikanae were fortunate to avoid qualifying and went straight into round one.  The draw had them pitted against local rivals Kapiti Coast United (KCU) who play a grade above Waikanae in the Wellington competition.

Such was the excitement and anticipation, all senior games for the clubs that day were scheduled early kick-offs to ensure a bumper crowd of supporters at Weka Park.  The weather played its part too with a fine mild autumn day greeting those who turned up.

As for the game Waikanae came fast out of the blocks, surprising their more fancied rivals and creating chances they would later rue not taking.  However KCU were the first to score mid-way through the half with neither team able to break through until on the stroke of half time KCU were able to convert from a corner to see the hosts take a 2-0 lead into the break.

After a stern half time talk by coach Scott Taylor, Waikanae once again came out firing launching several promising attacks down the flanks with Francis Jenkins, Vinnie Morris and Caleb Redstall prominent.  The introduction to the midfield of a previously injured Phil Thompson also helped add some strength.  The turning point of the game though hinged on a magnificent reflex save by KCU keeper Michael Newell.  At that point a goal would have placed real pressure on KCU and lifted the Waikanae team.  Instead KCU were the next to score and soon after Waikanae’s frustration showed when they conceded a penalty which was duly converted.  When the final whistle blew it was a 0-4 loss which, while slightly flattering to the hosts, demonstrated that Waikanae had acquitted themselves well and were by no means beyond matching it with their more fancied opposition.

At the after-match function Scott Taylor expressed how proud he was of the effort and commitment of the team, his only criticism that his players had shown the experienced hosts too much respect.  Assistant coach Josh Harmer of KCU also expressed his admiration for way Waikanae had taken the game to the hosts.  Both Clubs expressed surprise that a fixture between the teams had been so long coming and a commitment was made to ensure the respective First teams met on a more regular basis.

Waikanae Football extends their thanks to KCU for hosting the match and providing excellent facilities for the game and wonderful hospitality after.  We look forward to the time when the two teams meet again.