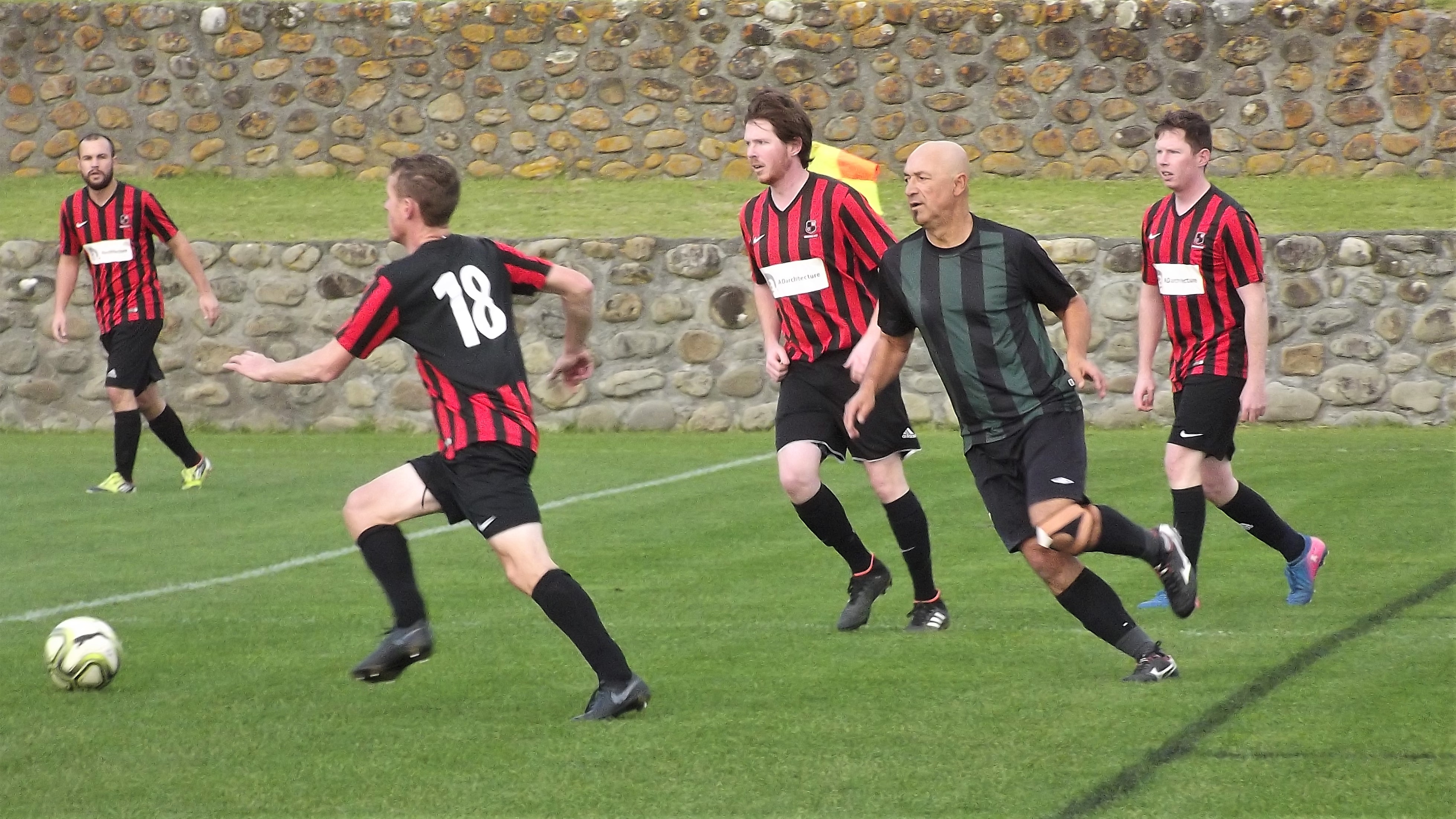 (Image: Waikanae Jets on the attack against Paekariki Central)

The 25th of May provided a great overall result for Waikanae’s Senior Mens teams.

At Jim Cooke Park the Firsts met Parapine Upper Hutt in a ‘top of the table’ clash in Cap 2.  Upper Hutt had previously swept all before them including a 7-1 thrashing of Stokes Valley, who lie third on the table, the previous week.  While the match ended in a 1-1 draw the Firsts can be proud of their effort to halt Upper Hutt’s winning run and still share points at the top of the table.

On the adjacent field in a Cap 4 match the Waikanae Reserves ran riot in the second half to defeat the Marist Reserves in a high scoring game, the final score 8-4.

In HK Division 1 both the Saints and Strollers scored 4-3 wins over their opposition.  The Saints did it ‘away’ at Matthews Park against KCU Sopranos who had previously led the table. Saints are within reach of top spot with a game in hand.  Strollers defeated Paekak Tuatahi at Waikanae Park.

In HK Division 2 the Jets put aside the reality check provided by Hawks the previous week in a gritty performance against Paekak Central.  The 2-1 win, with Richie Cooper slamming home the winner in the dying stages, ensured the Jets remained 4 points clear at the top of the table.  Elsewhere in Division 2 Choppers showed they are a team to be reckoned with after a 2-2 draw with the Hawks as they continue to improve throughout the season.

However, while it was the only loss of the day for Waikanae from our eight senior mens teams, the Masters played in the most eventful match of the day.  Down 0-6 at half time to Otaki Puru Reserves the Masters staged a stunning comeback in the second half to almost snatch a result.  Scoring five goals to a solitary addition from Otaki the final score ended up 5-7.  The result illustrating the close nature of the second division where any team can win on the day.