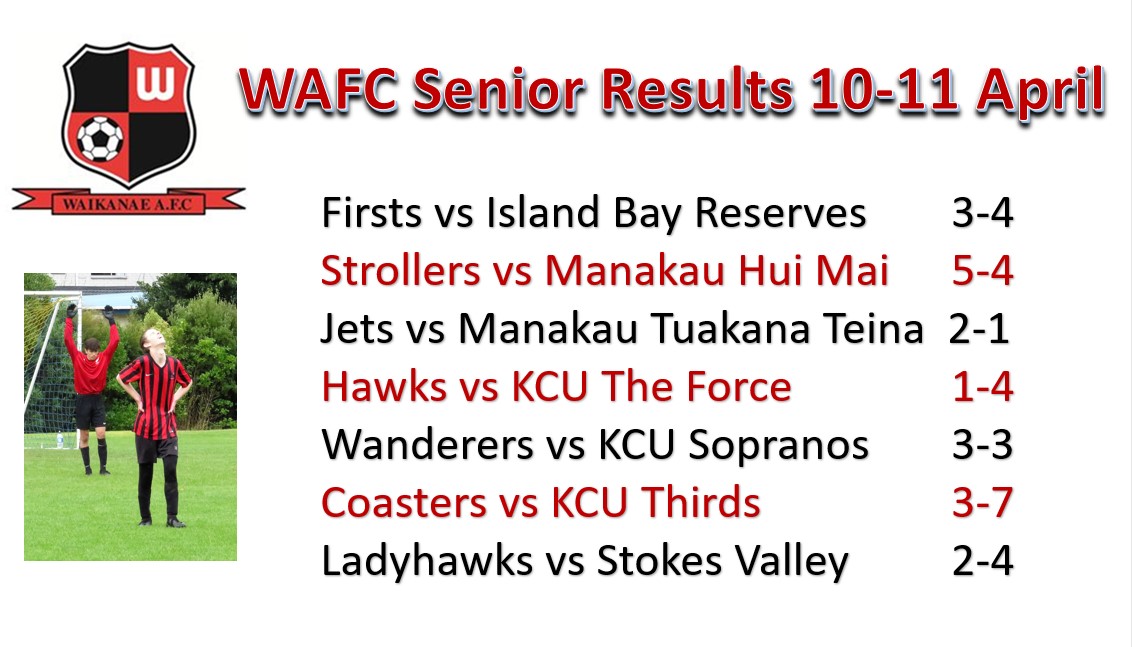 In Capital Football the Firsts had a close and nailbiting 3-4 loss to Island Bay Reserves after opening the scoring through Mason Aitken, then having to claw their way from a 1-3 deficit back into the game. Chris Hawley-Stone and Caleb Redstall levelled the score for Waikanae before IBU grabbed the winner.  The Ladyhawks had a tough physical encounter to go down 2-4 away in Stokes Valley in a meritorious performance that will stand them in good stead for the season ahead.

Waikanae AFC made a solid start to the HK season with the highlights being the Strollers come from behind win against Manakau Hui Mai away and tenacious 3-3 draw by Wanderers (Div 3) against the more highly favoured KCU Sopranos (Div 1).

The Strollers were down 1-3 at half time, then 1-4 soon after, but rallied to win 5-4.  Chris Story scoring four of the Strollers goals in a ‘man of the match’ performance.  The Jets made it a double against the Manakau teams with a 2-1 win over Tuakana Teina – a newly formed team – at Waikanae Park.

Our sincere thanks to the supporters, referees, food preparers in the Clubrooms, the coaches, managers and players for your contribution to a great weekend and the season ahead.